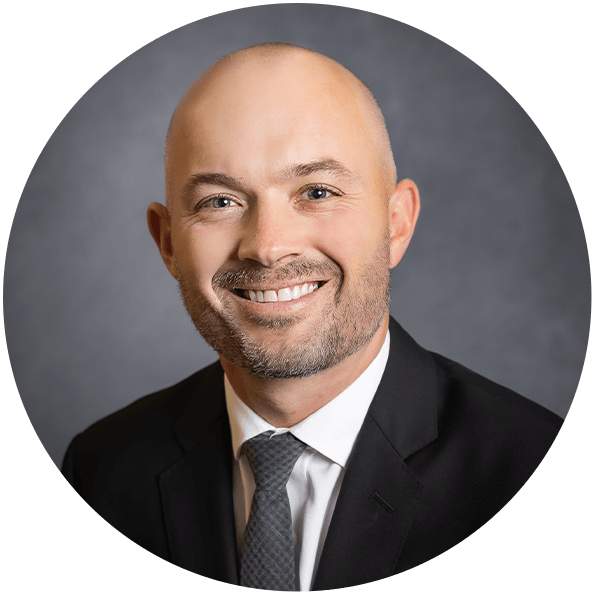 Dr. Benjamin Woodhead grew up in North Platte, Nebraska, and graduated summa cum laude from Chadron State College.  While at Chadron, he played wide receiver for the football team and was awarded the Don Beebe most inspirational player, the Chadron State Male Scholar-Athlete of the Year and was a CoSIDA Academic All-American his senior year.  He then graduated from the University of Nebraska Medical Center with a master’s in physician assistant studies and worked as a Physician Assistant prior to medical school. He attended medical school at A.T. Still University and was awarded the Harbarger Award for graduating in the top 5% of his medical school class.

Dr. Woodhead completed his orthopaedic residency through Des Peres Hospital and St. Louis University in 2018 where he served as the chief administrative resident.  Following residency, He was accepted into one of the most prestigious and competitive shoulder and elbow fellowships at the University of Washington, under the mentorship of the world-renowned surgeon, Dr. Fredrick Matsen III. During his time in Seattle, he also had the unique opportunity to work with team physicians for the University of Washington Huskies and was involved in the care of Husky athletics.

Dr. Woodhead strongly believes in shared patient decision making. His main desire is that patients feel engaged and comfortable while making informed decisions. He takes a very personalized approach and feels it is imperative to treat the individual patient, and not just an X-ray. His philosophy is that the patient’s interest is of the utmost importance.

As a Nebraska native, Dr. Woodhead and his wife have five children. Faith is the most important aspect of his life and is an integral part of his daily practice. In his free time, Dr. Woodhead enjoys spending time with his family, working out, golfing, and watching sports.

David City (Every Other Wednesday)