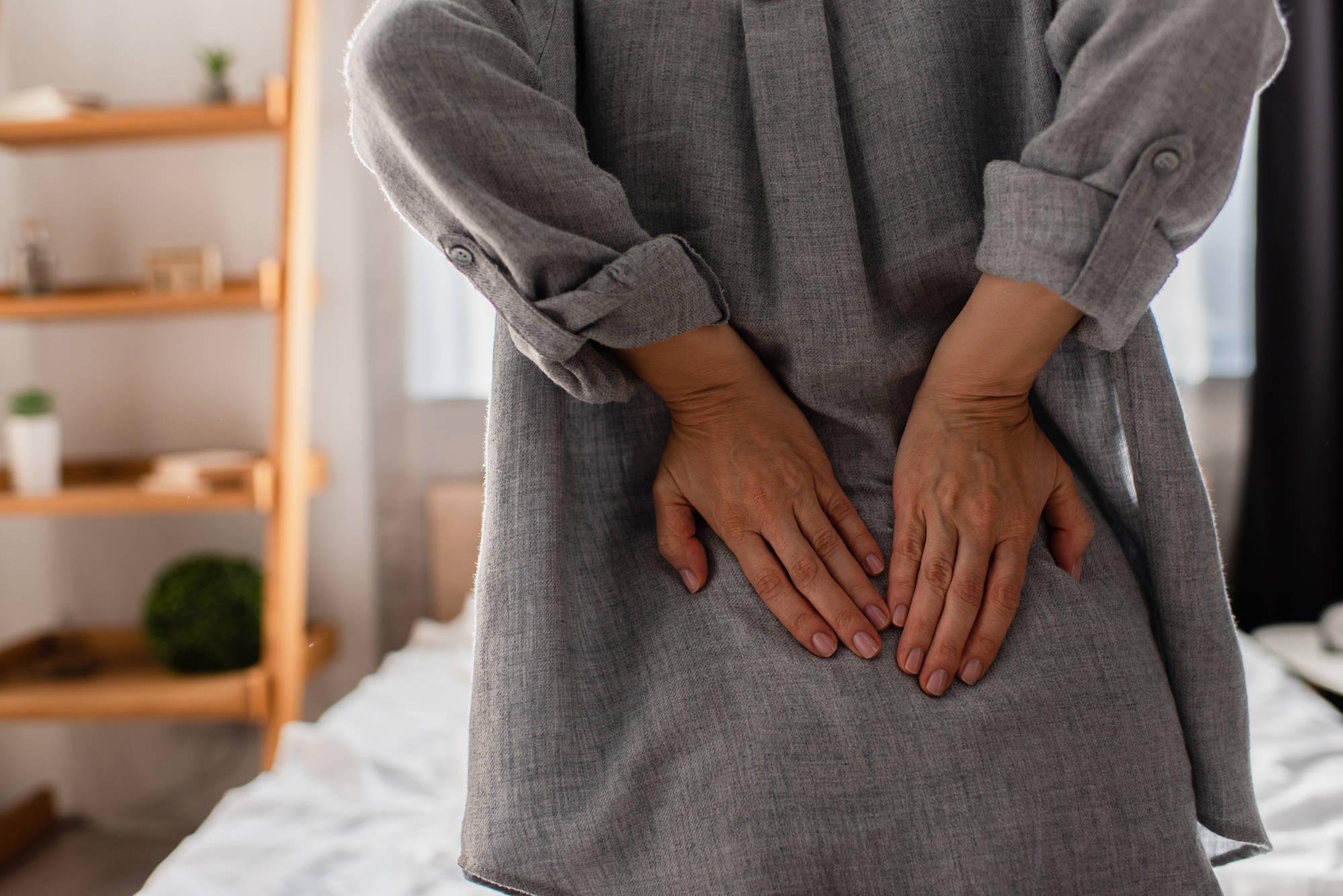 The hip joint is a true ball-and-socket joint that consists of a complex design that is able to provide the body with both stability and mobility. There are many powerful muscles that connect with – and cross over – the hip joint, which makes it possible for the human body to accelerate quickly while doing things like jumping and running, and provides the necessary range of motion to perform everyday activities such as walking, sitting, squatting, and climbing stairs.

The deepest layer of the hip includes the bones and the joints. The next layer is made up of the ligaments of the joint capsule, followed by the tendons and the muscles.

When it comes to ligaments, there are several important ones in the hip. Ligaments are soft tissue structures that connect bones to bones and, in the hip, there are three that work to connect the femoral head to the acetabulum. These ligaments are the main source of stability for the hip and help hold the hip in place. There are also several other ligaments and tendons (which connect muscles to bones) in the hip area as well.

Now, what about muscles? Well, your hip is surrounded by muscles that are quite thick, like the gluteals – these make up the muscles of the buttocks on the back of the hip. The inner thigh is formed by the adductor muscles, whose action is to pull the leg inward toward the other leg. The muscles that flex the hip are in front of the hip joint. These include the iliopsoas muscle (which is a deep muscle begins in the low back and pelvis and connects on the inside edge of the upper femur) as well as another large hip flexor known as the rectus femoris. The rectus femoris is one of the quadriceps muscles, the largest group of muscles on the front of the thigh. Smaller muscles going from the pelvis to the hip help to stabilize and rotate the hip.

As you can see, there are a LOT of structures within the hip, making it a very complex joint. This complexity means that there are also a variety of issues that could be causing hip pain and discomfort – we know because we see patients every day with hip issues! Fortunately, the orthopaedic surgeons here at Nebraska Orthopaedic Center excel at diagnosing and correcting (be it through surgery, physical therapy, and/or non-surgical procedures) whatever it is that ails you…so, be it head, shoulders, knees, (hips) or toes, we’ve got you covered!

← Exercising After an Ankle Injury Explaining the Shoulder →